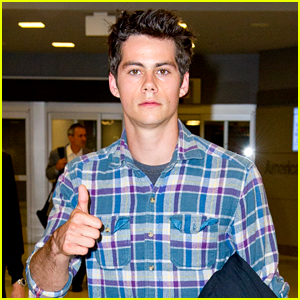 Dylan O’Brien gives a thumbs up after touching down at JFK International Airport on Thursday night (October 10) in New York City.

The 22-year-old actor is in town to attend the Teen Wolf panel at 2013 New York Comic-Con on Saturday, October 12th.

It was announced earlier this month that Dylan will be joined at the panel by the show’s creator Jeff Davis, as well as his on-screen dad, Linden Ashby.

Dylan‘s latest flick, The Internship, is now available on DVD and Blu-ray. Be sure to pick your copy up ASAP! 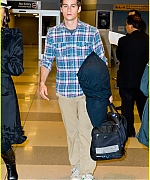 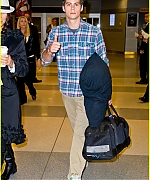 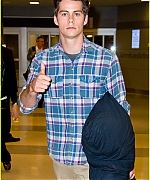 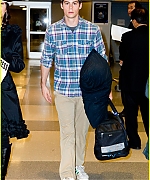 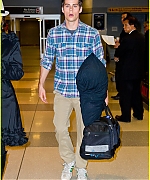