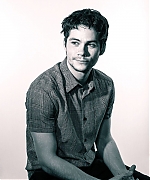 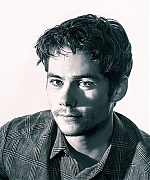 As a co-star on MTV’s supernatural series “Teen Wolf,” Dylan O’Brien has already gained quite a fan base. The young actor will test whether the “Wolf” pack will follow him to the bigscreen on Sept. 19, when he stars in Fox’s adaptation of the popular YA novel “The Maze Runner.”

(In “Teen Wolf”), my character has the least amount of action on the show. It’s kind of the same mode as “Maze Runner.” Both characters are always helpless and trying to survive.

How did you and “Maze Runner” co-star Will Poulter get along?

Straight off the bat, we just clicked. When I met up with him later in his room, the whole cast was there cooking dinner. From there on out, we were always together.

You’re no stranger to Comic-Con, having gone for “Teen Wolf.” This year, you repped two projects.

I was told it was going to be crazier, and I ended up thinking it was easier, because I was bouncing back and forth talking about both projects rather than one thing all day.

Which fan base would you say is the most passionate?

I haven’t gotten a huge glimpse of the “Maze Runner” fan-base quite yet. Seems similar with age and casting, and they share a similar audience. To me the “Maze Runner” fans have been so supportive of everything I have done. It makes it easier to adapt a book that is popular with kids because of how excited they are about the project you don’t get the criticisms you would get with other projects.

What is the strangest thing a fan has done at the Con?

We were walking through Petco Park after a signing, and this girl plowed through security and grabbed onto my neck and started pulling. Her grip was so impressively strong that this huge security guard was struggling to get her off of me. I was like, “Whoa. That’s kind of crazy.”

News: Dylan On LIVE with Kelly and Michael Monday!