Back from the brink, ‘American Assassin’s’ Dylan O’Brien is ready to prove he’s an action hero 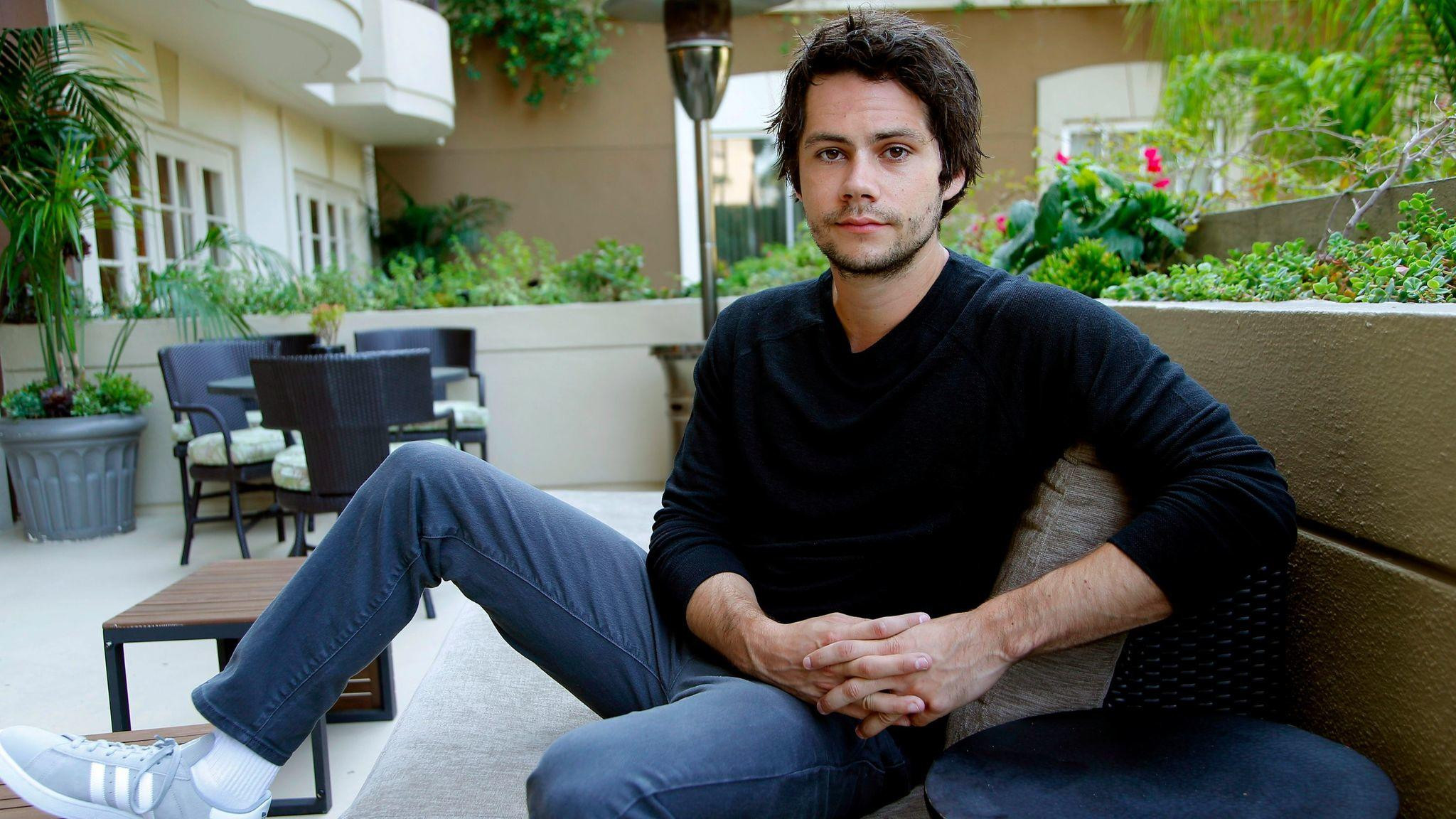 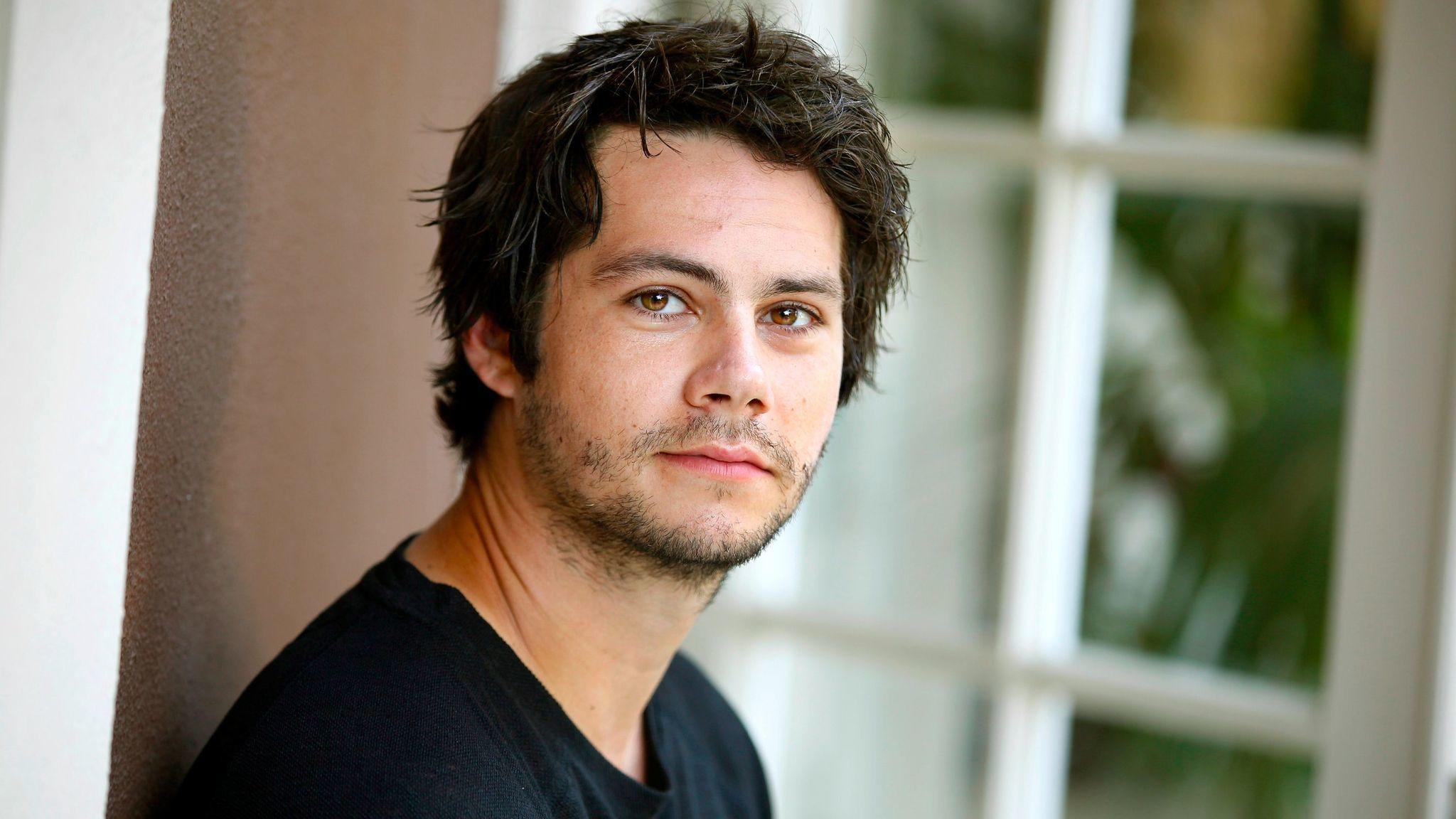 LA TIMES – For the past year, Dylan O’Brien has been in hiding. He spent most of his time inside his home in Sherman Oaks, wondering if he’d ever be the same person he was before the accident. Not just emotionally, but physically too: After major reconstructive surgery that left him with four metal plates holding one side of his face together, he feared he’d never look the same again.

“It’s a miracle, what they’ve done,” O’Brien says, placing his hand on his cheek. Indeed, the actor’s team of doctors must have done some incredible work, given the fact that he looks almost exactly as he always has — the boyish teen heartthrob who has amassed an army of young female fans since he began working on MTV’s “Teen Wolf” at age 18.

Of course, he’s 26 now, so he’s filled out a bit, and there’s also a hint of patchy scruff on his face. He had enough gravitas to him that the producers of “American Assassin,” which opens nationwide Friday, felt confident casting him as the grizzled action-hero Mitch Rapp — even though the character in Vince Flynn’s bestselling books was widely believed by readers to be in his 40s.

“American Assassin” is the reason O’Brien emerged from his self-imposed exile. He’d signed onto the film just a few weeks before he began work on “Maze Runner: The Death Cure,” the third and final installment in 20th Century Fox’s post-apocalyptic young-adult franchise. He was hoping “Assassin” would mark the beginning of a new period in his career. In 2017, after six seasons, “Teen Wolf” would come to an end, as would the “Maze Runner” series.

“I’ve never looked at myself as this pop candy type,” O’Brien says, peppering his speech with more colorful language. “I felt like I was more real than that, so I would get mad when someone would say [I was a teen heartthrob]. I’d be like, ‘I’m 19! I’m a stoner!’ I really resented that.”

He was so excited to begin work on “Assassin” that he fielded calls from director Michael Cuesta just as production began in Vancouver, Canada, on the final “Maze Runner” film. Together, they discussed how O’Brien would approach the character, a 23-year-old who is recruited by the CIA to hunt down terrorists after he witnesses his girlfriend’s murder at the hands of Muslim radicals.

“I spoke with him on a Saturday when he had just started ‘Maze Runner,’ addressing his notes and concerns about the character,” Cuesta recalls. “He was really excited and seemed like, ‘Yeah, I’m ready to do this.’ I was like, ‘Pace yourself, dude. Take it slow. We’ll talk when you’re off this project.’ That was Saturday, and on Wednesday, I got a text from my agent telling me that this awful thing had happened to him.”

On the third day of production in Canada, O’Brien was performing a stunt that required him to be harnessed to the top of a moving vehicle; reports claim he was accidentally pulled off that vehicle midstunt and hit by another vehicle. As a result, he suffered “a concussion, facial fracture and lacerations,” according to a report from WorkSafeBC.

Fox put production on hold in March 2016, and O’Brien ultimately returned to set a year later — after he’d shot “Assassin.” “Death Cure,” which was originally scheduled to open in February of this year, is now set for release Jan. 26, 2018.

“I didn’t really wake up or become cognizant, in a way, for a good six-to-eight weeks after it happened,” O’Brien explains. “And then I entered a really difficult phase. I just wasn’t the same person. Things happen to you after something like that that you just don’t have any control of. Your body is designed to react in a way to protect itself if you have a severe trauma to your brain.”

The actor is sitting at a hotel bar in late August, publicly discussing his accident for the first time. He’s been anticipating this day for months. He knew how it would go, meeting reporters at the Four Seasons in Beverly Hills, where he’s done press a handful of times before. Even though he was supposed to be talking about “American Assassin,” he’d also have to talk about what had happened to him.

“I hid for a long time, obviously. I was going through a lot and didn’t want anybody to see me going through that, I guess,” he explains. “But I’ve gotten to an OK place of talking about it all. I’ve had to come to terms with people asking me about what happened.”

In a way, he admits, he regrets being so private about what happened to him, given the rash of recent on-set stunt-related injuries and deaths. Last month, stuntwoman Joi Harris was killed while riding a motorcycle on the set of “Deadpool 2.” In July, a stuntman on AMC’s “The Walking Dead” died after falling and suffering massive head injuries. And actors have been harmed too: Tom Cruise broke his ankle while attempting a jump from one building to another on the set of “Mission: Impossible 6,” and filming had to be halted in August. And on the sets of two different comedies this summer, Rebel Wilson suffered a concussion and Ike Barinholtz fell from a high platform, fracturing two cervical vertebrae in his neck.

“It’s really disappointing, and I think things like that should really wake the industry up,” says O’Brien. “It’s really easy, sometimes, to get comfortable on a set and get into the groove and think it’s all make-believe so nothing bad can happen. As an actor, you blindly put your trust in experts — and if they tell you something’s safe, you don’t fully vet it yourself. If you’re young and inexperienced, that’s just what you’re taught to do.”

While he never felt like a “gun was to [his] head,” O’Brien admits he always felt responsible for performing his own stunts. He’d get upset any time he had to be replaced by a stuntman. When he’d watch one of the first two “Maze Runner” films and catch a shot of his double, he was irritated.

But if he knew if he was going to move forward with “American Assassin,” he’d have to approach his action sequences with far more caution than he ever had before. Once he decided to stay with the project — and CBS Films, the production company behind the movie, agreed to wait for him to fully recover — he began working extensively with action coordinator Roger Yuan to ready himself for the movie’s hand-to-hand combat scenes.

Not surprisingly, O’Brien says, there were strict parameters set in place by the film’s insurance company that dictated just how much he could do himself in the wake of his accident. But he was still eager to do the fight scenes himself, so he rehearsed them extensively — to the point, he says, where he literally could do the choreography blindfolded.

“You just want to know it to that extent so that everybody knows what they’re doing on that day,” he says. “And then when you get to that day and somebody says, ‘Wait, can we just change this?’ You say ‘No.’ Things like that, you’ve gotta stand up for. I’ve understood more of where my voice can exist. When I was younger, I used to just want to please everybody and not want to be an issue or not be considered a diva. I’ve just grown up and realized you have to look out for yourself and stick up for yourself and there’s nothing wrong with that.”

Other protections were built into the production to make O’Brien feel more at ease too: His father, a veteran below-the-line staffer, was hired as a camera operator so he could be there if needed for his son. And “on the days we were putting Dylan in a situation that might make him uncomfortable, we took longer than we might normally take because we didn’t want to rush it,” says producer Lorenzo di Bonaventura. “We were acutely conscious of not putting him in a situation where he could have an adverse reaction — a stunt that might rekindle something.”

O’Brien had also spent time readying himself mentally for the return to set even before production began, visiting with a therapist two times a week. It was there that he realized the similarities he now shared with Mitch Rapp, a character struggling to contain his anger in the wake of a serious trauma.

“It felt like this version of me at the time, always trying to hide from people,” he says. “I was in a really dark place. Obviously, I didn’t experience what he goes through, but that summer when I was in recovery, I was going through a lot. Funny enough, I felt so deeply connected to the dude, and I don’t think I would have known how to play him if this hadn’t happened.”

Meanwhile, it remains to be seen whether “American Assassin” will be the role to catapult O’Brien into adult leading-man territory. His young female fans are still ravenous, anyway: On set in Rome, they once became so intense that the actor was forced to move to a different hotel.

“I saw some fans outside afterward, and three of their moms gave me the finger,” says Cuesta with a laugh. “They hated me because I was keeping Dylan from them.”

The producers of “Assassin” are hoping the film does well enough at the box office this weekend to launch a new action franchise. O’Brien knew that was a possibility, and says he’d be happy to play Mitch Rapp again. But he’s also looking forward to doing something smaller — “finding the new generation of filmmakers and taking risks on guys who don’t have a 25-year résumé.” The idea of acting in a Marvel superhero film, he says, makes him shudder.

“It just seems like too much,” he says. “I don’t think I’m a person who could handle being that face, that star who has to be on every talk show every year. It gives you a lot of flexibility and freedom in things that you do want to do, but it also takes a lot of your time away. And just artistically, it must be hard to keep suiting up and be the same character again over and over all year long in a bunch of different movies. I would like to have a lower profile and career, in a way, but still do things that mean something to me.”

He’s proud of his work in “Assassin,” he says, but he almost doesn’t look at it as a movie.

“It was everything but, in a way,” he acknowledges. “Look, I was angry for a long time. But at this point, that’s not going to do anything. I have to process what happened and move beyond it, and I have. It was the worst thing that ever happened to me, but it’s provided me with a lot of growth and insight that I wouldn’t have had otherwise.”