Dylan Talks Talks THE INTERNSHIP, THE MAZE RUNNER, and More

With director Shawn Levy’s The Internship opening June 7th, I recently landed an exclusive video interview with Dylan O’Brien. If you’re not familiar with The Internship, the film reteams Owen Wilson and Vince Vaughn as two out-of-work salesmen who attempt to reinvent themselves by competing against young up-and-comers for an internship at Google. The film also stars Max Minghella, Rose Byrne, and Jessica Szohr. For more on The Internship, here’s my set visit and on set interviews with Levy, Wilson and Vaughn.

During the interview, he talked about making the film, what it was like to have the freedom to say and do anything, who broke the most while filming, and more. In addition, O’Brien talked about why he wanted to be part of The Maze Runner (getting ready to film in Louisiana) and the chances he’ll go to Comic-Con this year. Hit the jump to watch.

What The Hell Is A Stiles?

“Teen Wolf” Season 3 has many twists and turns in store, but one constant we can always rely on is that Stiles Stilinski will remain the same ol’ goofball we’ve come to know and love. The Robin to Scott’s Batman, Stiles has been a loyal friend to many across two seasons, and in the video package below, the cast can’t help but smile as they think back on all of his neck-jerking, vending machine-tipping follies. Being a liability is fun!

“I forget about him sometimes,” Holland Roden jokes. “I think that most people do.” Sorry, Holland, but not us! Stiles has made quite an impact on Beacon Hills and beyond, and for new cast member Adelaide Kane, his personality is a key element to the show’s success. “With all the supernatural craziness, you really do need somebody who’s kind of goofy,” the actress who’s set to play Cora says. Dylan O’Brien, on the other hand, thinks Stiles’ appeal is that you just can’t shake him.

“I like to look as Stiles as being like the best friend that I always wanted,” he says. “He’s like having a dog by your side. He’s always there for you even if you forget to feed him.”

Check out the video, and hang tight — “Teen Wolf” is only ONE MONTH away!

Another trailer for The Internship released a few days ago. You can watch it below! I’ll add captures later this week!

clevverTV – Joslyn Davis talked with Dylan O’Brien at the 2013 MTV Movie Awards about “Teen Wolf” season 3 and his new movie ‘The Internship.’

HollywireTV – I chatted with my super crush Dylan O’Brien the other day at the MTV Movie Awards 2013! Dylan chatted Teen Wolf Season 3 and revealed some details that I think you might enjoy!

He also talked about his upcoming film with Owen Wilson and Vince Vaughn called ‘Internship’ and shared what it was like working with such amazing comedic actors. We love you Dylan!

Vinny Guadagnino wasn’t the only MTV star to show off his hosting chops on the Movie Awards red carpet tonight. Holland Roden of “Teen Wolf” led MTV.com’s fashion coverage, chatting with various guests about their personal style, and, like Vin, she knocked it outta the park. Just ask Dylan O’Brien, who received a thorough line of questioning about his adorable bow-tie and overall laid-back look. It’s exactly the way we imagine Stiles would dress for a big event like this! Though, if it were Stiles speaking to Lydia on the red carpet, we doubt he would have been as articulate as this: Since our last post relating to Dylan O’Brien and Teen Wolf was a bit controversial, we felt it would be best to roll out the VIDEO of that chat from the WonderCon convention in Anaheim, so the entire thing can be seen in context.

In the interview, he not only talks about Stiles’ relationships, but also the changes that are in store for the show. Dylan also talks about his opportunity to write a scene from Teen Wolf Season 3! There is some really cool stuff within.

Enjoy the video which we’ve embedded below, and look for our chat with Tyler Posey (Scott) — including video — soon. We’ll also have video of what Jeff Davis had to say, fairly soon. Thanks for visiting!

There are a bunch of videos of Dylan from Wondercon yesterday. Below are a couple of interviews from the press room, panel, etc.

New ‘The Internship’ Trailer and Captures

A new trailer for “The Internship” released a couple of days ago. You can watch it below! Also, I added a couple of captures of Dylan from the trailer! 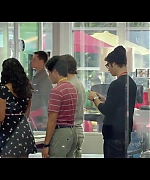 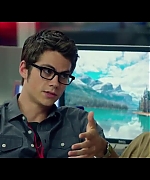 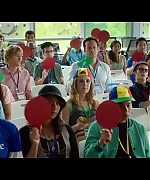 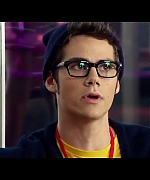 To say The First Time is one of the year’s most enjoyable, charming and heart-humping films is something of an understatement since, the truth is, I loved this movie so hard it borders on inappropriate.
VIDEO – First Look at Teen Wolf Season Three

Starring Teen Wolf’s Dylan O’Brien and The Secret Circle alum Britt Robertson, the film is in many ways akin to a stage play with their characters, Dave and Aubrey, meeting cute, and spending the remainder of the weekend talking their way into one another’s hearts.

The dialogue rings so true there are moments where you wonder if writer/director Jon Kasdan has been sneaking peeks at your high school diary and cribbing the best lines. But words are just that until an actor performs them and the electricity that infuses every word and every shared scene is nothing short of remarkable. If their respective small screen work hadn’t already revealed this to you, Dylan and Britt will be massive stars and The First Time is a sensational showcase for both.

ETonline is proud to present an exclusive clip from The First Time, hitting DVD on March 12!