COUP DE MAIN MAGAZINE – Dylan O’Brien really, really, really loves dogs. Fondly referring to his adorable co-star as “completely the star” of his new Oscar-nominated film, ‘Love and Monsters‘, O’Brien’s face lights up like a Christmas tree when reminiscing about the two Australian Kelpies, Hero and Dodge, who together portray his onscreen best friend, Boy (a.k.a. the best dog in the world).

At the heart of ‘Love and Monsters’ is this dynamic duo, with O’Brien as Joel Dawson, who in a post-apocalyptic world overrun by giant monsters decides to set off on a dangerous journey to reconnect with his high school sweetheart (played by Jessica Henwick), seven years after the Monsterpocalypse forced all of humanity into hiding underground.

An endearing tale of a wide-eyed boy and his loyal dog, we caught up with Dylan O’Brien to discuss ‘Love and Monsters’ which was filmed in Queensland, Australia…

COUP DE MAIN: Congrats on the Best Visual Effects Oscars nomination for ‘Love and Monsters’! You’re in the film, so for the purposes of this interview, I think you can own that.
DYLAN O’BRIEN: Thank you! Oh absolutely, I am nominated. I’ve been telling everybody: I’m an Oscar nominated actor now.
CDM: You did it!
DYLAN: Thanks! <laughs> It really is amazing.
CDM: It’s funny that you filmed this movie back in March to May of 2019, but the whole situation of Joel finding himself separated from Aimee probably feels very familiar to anyone who started a relationship pre-pandemic that doesn’t live with their partner.
DYLAN: Yeah, it’s really weird. It’s really weird how what we ended up going through when this movie was due to come out, how much it related to these themes that we’re exploring in this movie. It’s a very crazy coincidence.
CDM: Also, the sort of aversion to venturing out again into the outside world, that feels very relatable.
DYLAN: I know. Like when he first comes out of that hatch, he’s breathing in the fresh air like it’s strange. It’s really strange.
CDM: I also thought of the current mask-wearing situation when Clyde says: “You can always tell in their eyes, just look at their eyes.” People have had to do a lot of eye-reading this past year?
DYLAN: Right?! Oh, wow wow wow. I hadn’t thought about that one.
CDM: One of my favourite things you’ve ever done is the ‘Life Of A Hollywood Actor’ video. What do you think the 2021 version of ‘Life Of A Hollywood Actor’ would look like?
DYLAN: <laughs> Thank you so much, first of all.
CDM: I rewatched it yesterday in preparation for this interview.
DYLAN: No way, thanks! That’s really cool. Yeah, I love that character. I want to do something with him. What would the 2021 version be? I think he would definitely be taking the Oscar nom for himself, very seriously – like, the visual effects Oscar nom he would apply as being his, basically, and I think he’d try to bring that up and try to really ride that to get some work. He thinks this is gonna be a big career thing for him, and then he somehow fucks it up by being too overzealous.
CDM: Joel clings on to his memories of Aimee for seven years, replaying them in his mind so he can continue to relive them. Why is it that it’s in human nature to mentally retreat into the past for comfort? And to look for a home in other people instead of building a solid home within ourselves?
DYLAN: That’s really interesting… I feel like that’s something instinctive, especially if you’re going through a hard time or especially if something’s shifted in your world negatively. I think there’s uncertainty about the future and I always find in those situations a common link to wanting to find comfort in the past. I’ve gone through things, like times like that in my own life, and I’ve always found that when I’ve gone through a time like that, there’s this level of uncertainty. I think it’s human instinct and sort of this instinct to protect ourselves in a way. We’re a wild species, aren’t we? We’re very emotional creatures. I think that’s part of what makes humans so special. And instincts like that, to preserve and protect our heart and mind, and to hold on to things like that. And the way we’re attached to memories like that and nostalgia. There’s a reason these things are a part of our fabric. We’re very emotional creatures.

CDM: Do you think that love or fear is a stronger emotion?
DYLAN: Whoah, that’s pretty wild. I would say love – only because I feel like it has this sustainable power to endure over time. Whereas fears can be fleeting, and even if it comes quick, it’s gone. But then also… yeah, I don’t know. <laughs> We’re getting deep. Real deep!
CDM: Is love an action or a feeling?
DYLAN: WHOAH. <cracks up>
CDM: I’m putting you on the spot, sorry.
DYLAN: No, no, I’m good! I love it! They’re very interesting questions. I’m cracking up at you choosing me to answer these. Fuck. I mean, I think it’s a feeling. I believe that, at least. I’m trying to think of ways it could be an action, obviously, but that’s not love. I feel like if it’s an action, it’s something else. There are actions that come from love, but the love, it’s a feeling. That’s what I believe.
END_OF_DOCUMENT_TOKEN_TO_BE_REPLACED

A new trailer for Flashback (previously known as The Education of Fredrick Fitzell) has been released! The film will be released on Digital and On Demand June 4th! 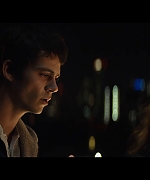 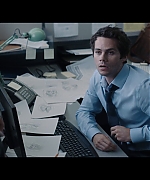 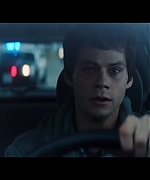 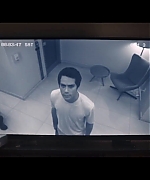 Dylan O’Brien to Star in ‘The Outfit’

Awesome news! Dylan has been cast in a new movie titled “The Outfit.”

DEADLINE – EXCLUSIVE: In a hot under-the-radar package, we can reveal that Oscar-winner Mark Rylance (The Trial Of The Chicago 7), Maze Runner star Dylan O’Brien, Set It Up star Zoey Deutch and The Dig actor Johnny Flynn are set to star in Oscar-winning writer Graham Moore’s (The Imitation Game) directorial debut The Outfit.

Focus Features has struck a deal to pre-buy world rights to the crime-drama from FilmNation Entertainment with shoot set to begin in March in London.

The film follows Leonard (Rylance), an English tailor who used to craft suits on London’s world-famous Savile Row. But after a personal tragedy, he’s ended up in Chicago, operating a small tailor shop in a rough part of town where he makes beautiful clothes for the only people around who can afford them: a family of vicious gangsters.

Moore will direct from his own screenplay which is co-written with actor-writer Johnathan McClain (Mad Men). Producers are Scoop Wasserstein, Ben Browning and Amy Jackson. FilmNation is financing; CAA Media Finance co-repped the U.S. sale.

“A truly great film starts with fantastic writing, and we’re thrilled to have Graham’s talent drive this film to its full potential as a highly entertaining crime drama,” said FilmNation Entertainment CEO Glen Basner. “We couldn’t think of a better home for this film than with the talented and likeminded team at Focus and can’t wait to gear up for yet another production during a time when our industry needs great films more than ever.”

Focus Features’ chairman Peter Kujawski commented: “Like so many, we were blown away by Graham’s award-winning work in The Imitation Game and are thrilled to take part in his directorial debut. His storytelling talents seem limitless, and the caliber of artists he’s sewn together both behind and in front of the camera for The Outfit will undoubtedly bring this thriller to life in an exciting way. We are looking forward to joining our friends at FilmNation in this endeavor.”

Added Moore: “If you’d told me years ago, when Johnathan and I were first dreaming up this story, that I’d get to direct my first film with a cast as exquisitely talented as Mark, Zoey, Dylan and Johnny, I’d have said you were nuts. And honestly, if you’d said that back then, you might have been. This film is such a deep labor of love for me and our whole team, and I could not ask for better partners than our friends at FilmNation and Focus.”

Hello Dylan fans! I have updated the gallery with Blu-ray screen captures from Love and Monsters including screen captures from the 3 bonus features! Enjoy! This has become my new favorite Dylan movie and I highly recommend you watch it if you haven’t yet. The film is available for purchase on VOD and on 4K/Blu-ray/DVD. 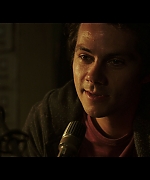 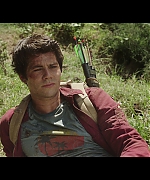 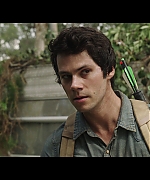 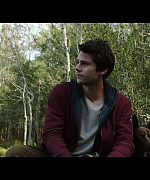 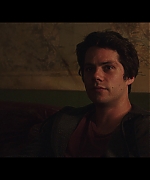 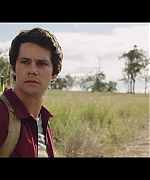 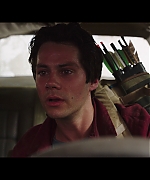 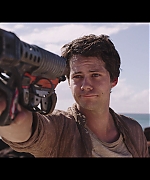 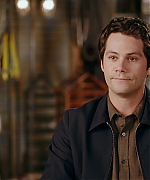 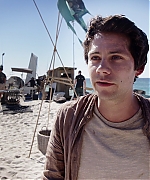 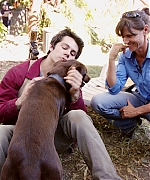 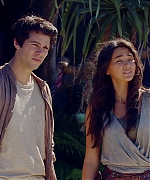 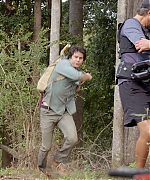 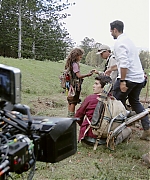 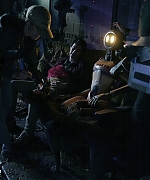 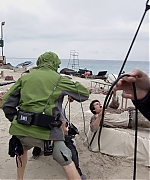 I have updated the gallery with some new production stills from Dylan’s upcoming movie The Education of Fredrick Fitzell. Hopefully we will get to watch this movie soon! Our twitter account has was unsuspended from Twitter, but they decided to suspend again with no warning as to why! I’ve made a a new twitter for now if you would like to follow again: @dylan_obriencom! Thanks for all the support! 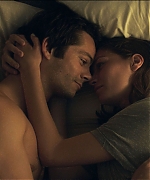 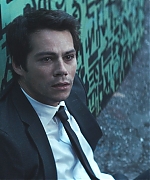 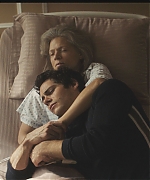 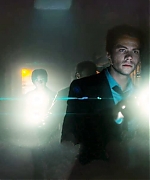 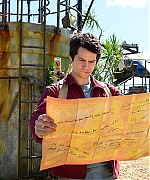 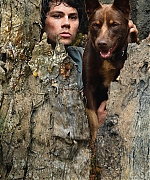 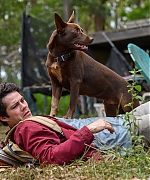 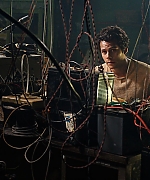 Filed under:
Page 1 of 591 2 3 … 59 Next »
Advertisement
Social Connect
Follow @dylan_obriencom
Follow Dylan O'Brien Daily to stay up to date on all the latest news, photos, videos, and more on Dylan O'Brien!
Current Projects
Choice Affiliates