Photos of Dylan on New Girl! 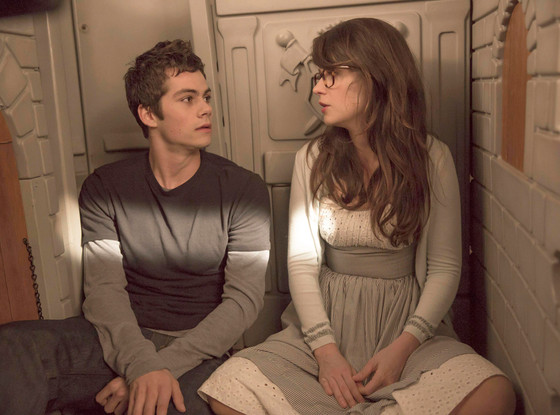 You always remember your first.
And New Girl will be flashing back to Jess (Zooey Deschanel), Nick (Jake Johnson) and the rest of the gang’s respective first times in the Fox hit’s April 30 episode “Virgins.” And while some girls lose their V-card to a less-than-ideal partner, Jess was rather lucky in that department as she lands Teen Wolf fan favorite Dylan O’Brien!

We’ve got your exclusive first look at O’Brien’s guest appearance as Jess’ blast from the past, as well as Nick’s latest flashback look (We’re thinking he was definitely called “brace face” at least once in his life!)…

In the episode, Jess flashes back to her first time after receiving a text from the guy she lost her virginity to: Her prom date, played by O’Brien, who is a gorgeous and romantic guitar player, naturally. He promises to make her first time memorable for our adorkable heroine, who wants to lose her virginity to someone special. Awww!

We’ll also get flashbacks to Nick, Schmidt (Max Greenfield) and Winston’s (Lamorne Morris) first times. And yes, that is Nick wearing adult braces. Take a moment to let the awesomeness of Johnson in a wig and braces wash over you. Feels good, doesn’t it?

The episode will also feature the return of Dennis Farina as Nick’s father, who recently passed away. 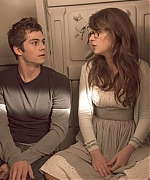 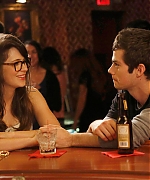