First Photos of “The Maze Runner: The Scorch Trials” from EW

Entertainment Weekly have released new stills from “The Maze Runner: The Scorch Trials!” Check them out by clicking the thumbnails below: 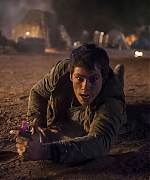 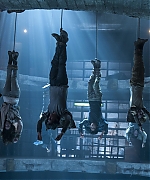 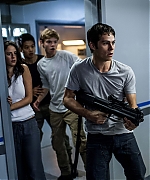 Out of the maze and into the fire.

In The Scorch Trials, the sequel to last year’s YA hit The Maze Runner, the action picks up immediately where the previous movie left off—with Thomas (Dylan O’Brien) and the survivors of that giant mechanical labyrinth discovering that the world outside their walls is far from a welcoming one.

“The first movie was the mystery of ‘Where are we and what is this place? And can we get out?’ But the second movie is about the repercussions of getting out and the discovery of what the world is actually like,” says producer Wyck Godfrey (The Twilight Saga, The Fault in Our Stars).

Based on author James Dashner’s 2010 novel, The Scorch Trials begins with the revelation that the maze and the grassy Glade at its center were constructed by the nefarious organization WCKD to train young mind-wiped survivors after a massive solar flare devastated the planet. “It has transformed the world into a desert with sand dunes that crawl and are swallowing the ruins of a lost world,” says director Wes Ball, who returned for the sequel.

When Thomas and his fellow Gladers escape the control labs of WCKD, they set off across this blighted landscape, fearing attacks from infected humans known as Cranks. “We don’t want to call them zombies, but they fit into that category,” Ball says. “They’re not undead, but they are rage-filled.”

As for the image above? “Our group runs into a lot of people out in the Scorch,” Ball says. “Some are friends, some are foes. In this case, they’ve stumbled onto the latter.”