16 Things You Never Knew About The Cast Of “The Maze Runner: The Scorch Trials” 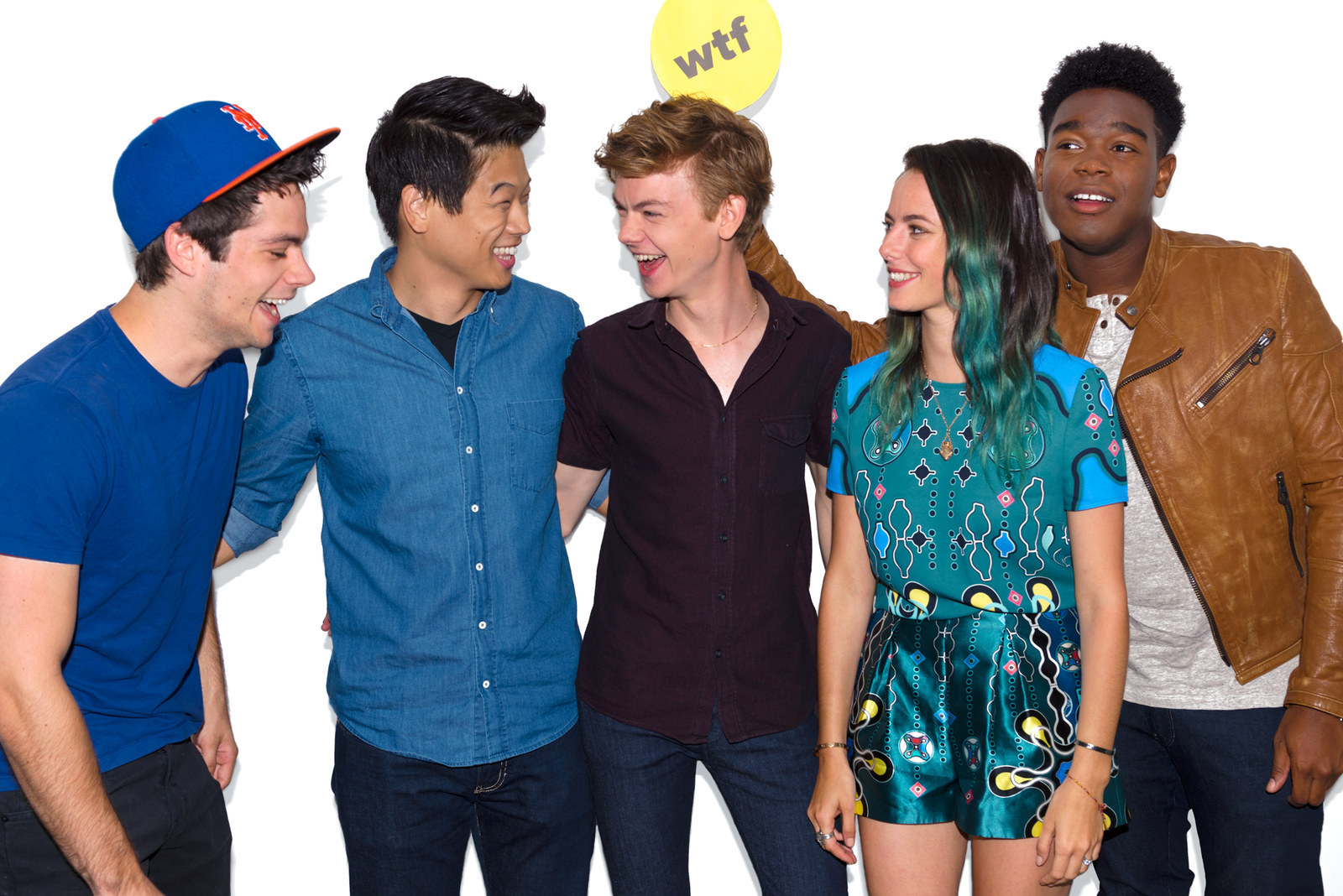 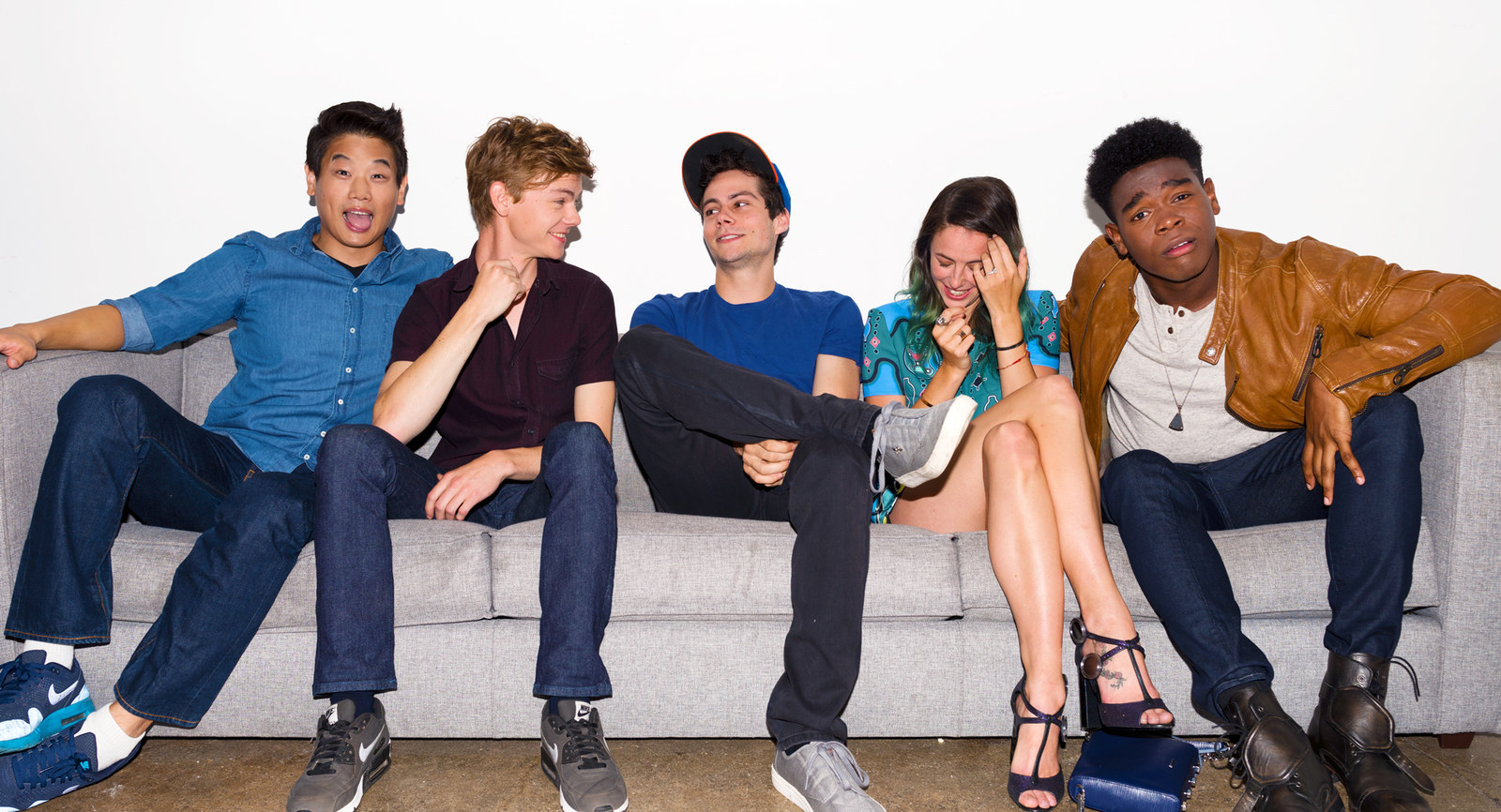 BUZZFEED.COM – Being a part of one of the biggest blockbusters of the year might be stressful for some, but luckily the cast of The Maze Runner: The Scorch Trials is basically one big family. Dylan O’Brien, Kaya Scodelario, Thomas Brodie-Sangster, Ki Hong Lee, and Dexter Darden all stopped by BuzzFeed LA to give us the lowdown on who’s the cast’s relationship expert, the selfie queen, and who actually is the best runner.

1. Who is most likely to be found at craft services?

Dexter Darden and Kaya Scodelario: Thomas.
Dexter: Without a doubt.
Ki Hong Lee: Seriously? I was going to say Dext!
Dexter: Me? No, craft services is Thomas for sure. You’ll find me at catering.
Kaya: They kept losing [Thomas] and he’d be standing [at craft services] drinking tea.

2. Who is most likely to be caught napping in between scenes?

Dexter: Dylan.
Kaya: Me, I nap! I can curl in a ball and sleep.
Dylan O’Brien: It’s amazing.

3. Who is actually the best runner?

Everyone: Dylan.
Dylan: I don’t know.
Kaya: Dylan and Ki Hong.
Thomas Brodie-Sangster: (to Ki hong) You’re pretty fast too.
Ki Hong: I’m pretty fast but Dylan’s for sure the fastest.
Dylan: It would not be for sure AT ALL.
Kaya: (to Dylan) You’re good at sprinting!
Dylan: Alright if I race you—
Ki Hong: No, absolutely not. I was going full on for a couple of takes and [Dylan] was like two or three steps ahead of me. No way! You’re the fastest!

4. Who takes the longest to get ready?

Everyone: Thomas!
Dylan: Oh wait, but Dext for going out.
Dexter: Yeah for sure, my sneakers gotta match my jacket.
Kaya: Thomas just takes longest in general.

5. Who is most likely to break character during a scene?

Kaya: All of us.
Dexter: Dylan?
Dylan: Possibly.

6. Who is most likely to be caught reading a book in between takes?

7. Who is most likely to be caught texting all day?

Everyone: Dext!
Ki Hong: I’m surprised he doesn’t have a phone with him right now.
Dexter: I’m being nice.
Kaya: [Dexter] has six backup chargers.

8. Who is most likely to give relationship advice?

9. Who is most likely to start singing on set?

Everyone: Dexter!
Dexter: Me.

10. Who is most likely to take things home from the set?

11. Who is most likely to be caught taking a selfie?

12. Who is the best at doing impressions of other cast members?

13. Who is most likely to initiate a hangout after work?

Kaya: All of us.
Everyone: Yeah!
Dexter: We’re in a group text and after we wrap, it’s always like, “Well whose room?”
Ki Hong: We were all staying right next to each other.
Kaya: It was whoever had the cleanest room that night — we’d go. We had a rotation of fucking people’s rooms up.
Dylan: It’s sort of impossible to avoid each other even if we wanted to.
Dexter: We’re all on the same floor.
Dylan: Trying to sneak in the door after work like, “Heeeeey Ki Hong.”

14. Who is most like their character in real life?

Kaya: Alex[ander Flores].
Dexter: I like food!
Ki Hong: Frypan — Dext too.
Dylan: Oh yeah, Dext. And personality.
15. Who is most likely to be late to set?

16. Out of all of you, who would be the one person to survive the Scorch IRL?

Thomas: We’d all be dead.
Ki Hong: It’s a lost cause.
Kaya: The world would end.