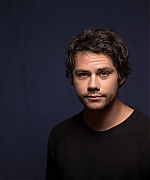 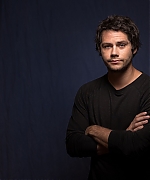 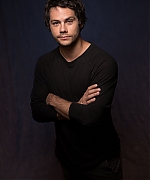 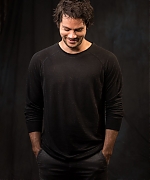 USA TODAY – LOS ANGELES — Dylan O’Brien knew there would be online turbulence when he was cast as black ops killer Mitch Rapp in American Assassin.

O’Brien, 26, understands that fans of Vince Flynn’s best-selling novels might not visualize the star of MTV’s Teen Wolf as the guy to take on the lethal hitman, a part that Thor’s Chris Hemsworth turned down for scheduling reasons.

“Maybe people didn’t assume I could step into this role and be believable,” says O’Brien. “All’s fair in filmmaking, but no one knows you like yourself.”

He knew he could defy those expectations, unleashing an angry young killer-in-training in the edgy origin story American Assassin (in theaters Friday), a portrayal fueled by O’Brien’s emotional return from an injury last year on the set of Maze Runner: The Death Cure that nearly ended his career.

He was cast in Assassin while holed up in his L.A. home, feeling angry and depressed as he recovered from a serious head injury suffered when he was thrown from the harness of a moving vehicle during a stunt.

“There’s the physical recovery. And you’re going through a post-traumatic psychological recovery as well,” O’Brien says. “Your mind is so consumed with doubt, you’re just beaten down. And you feel guilt in a really weird way.”

Not only was Maze Runner filming postponed because of the accident (the movie will be out in January), but he had doubts whether he could take on any parts, much less an action role.

“You start experiencing things that are abnormal, you’re just not yourself. What you don’t realize is that you’re reacting to a situation where your brain experienced severe trauma,” says O’Brien. “You’re irritable and isolated and you’re angry. So angry. Because that can give you some power back.”

He realized he could fuel those feelings into the character, who loses his fiancée in a terrorist attack, a trauma that consumes Rapp with a desire for revenge as he trains with a black ops specialist (Michael Keaton).

“It would have been a crime to not use these feelings which inform the character in a real genuine way,” says O’Brien, who says he didn’t notice any casting criticism. “I just wasn’t in a place where I was looking online and caring about what people were saying. I was dealing with a much more important time in my life.”

“Mitch is not this guy with huge arms and testosterone-filled body. He’s like you or me, blending in. That’s important,” says Cuesta, who let O’Brien keep the beard he grew during his recovery for early scenes. “There’s something going on underneath with Dylan, that’s why the camera loves him.”

Kyle Mills, who took over writing American Assassin books after Flynn died in 2013, says the late author would “love” the O’Brien casting. He notes that any online sniping stopped after O’Brien’s first Assassin trailer.

“Dylan is the perfect physical type and has the look, the swagger,” Mills says. “He has the intensity that makes Mitch who he is.”

With 16 books in the series, Assassin has franchise possibilities and hopes, depending on the film’s performance. It’s expected to finish a strong second at the box office, behind Stephen King’s powerhouse It.

“I’m cool either way. I connected with this character and this experience will always be really important,” says O’Brien. “Leaving it at this will be wonderful. To continue on, that would be amazing, too.”