(Video) Interview with Get Into Film

Dylan O’Brien is a star. His talent was already undeniable courtesy of Teen Wolf, but after seeing him in that first Maze Runner movie back in 2014, it became an absolute certainty that he was going to continue to do big things, like headline the new post-apocalyptic survival movie, Love and Monsters.

O’Brien stars as Joel, a guy living in an underground colony after the world is overrun by monsters. The thing is though, Joel’s high school sweetheart (Jessica Henwick) hunkered down in a different colony 85 many miles away. After seven years of being separated, Joel’s had enough. He opts to take the risk and venture out to find her. Love and Monsters is a movie that embraces many of the traditional pillars of the post-apocalyptic genre but while offering up a hefty dose of creativity, color and charm, and O’Brien excels at it al. Whether it’s an action sequence, a deep one-on-one conversation with a dog, nailing one-liners, selling Joel’s growth throughout the movie, you name it, O’Brien can do it all.

Hear all about how O’Brien’s acting journey began, what it was like booking Teen Wolf, working on Maze Runner with Wes Ball and so much more in this edition of Collider Connected!

Dylan O’Brien sits down with MTV News’s Josh Horowitz to talk about the experiences in his past that prepared him for his new film, ‘Love and Monsters.’ He also discusses working with Jessica Henwick and his love of ‘The Matrix,’ putting things into perspective after his accident, conversations with the cast after the ‘Teen Wolf’ reunion, deciding to speak out on social issues, and more. ‘Love and Monsters’ is available on Premium Video-On-Demand and for Digital purchase Friday, October 16th from Paramount Home Entertainment.

Love and Monsters stars Dylan O’Brien reveal the secrets of a good drunk face and working with a cute dog, but also dive into some Marvel/DC possibilities and an exclusive tease of Matrix 4! 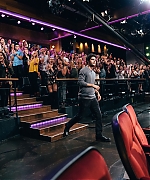 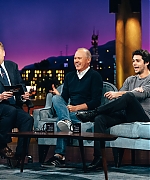 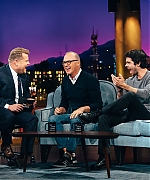 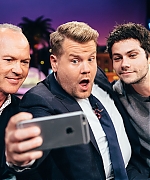